I have never really hidden the fact that I was a reluctant reader as a child.  Even so, there are still quite a number of books that stand out among my childhood memories and they all have one thing in common – HUMOUR!  Humour was the very thing that could actually capture my attention and make me sit still long enough to read, and humour is still my motivation for writing today.

As I entered my adult years, my connection with children’s books naturally waned, but in 2005 I began to work in schools where I discovered a fondness for storytelling.  I realised early on that stories are a great way of engaging an audience and getting your point across, so I used them wherever possible. If I didn’t have a book with me, I simply made a story up - sometimes on the spot!  A few years later I became a dad and felt compelled to write for my son, focusing on subjects I thought he’d like.  We were huge fans of rhyming texts in our house, so it seemed only natural that I attempted my stories in rhyme.  I soon became hooked and continued to write at every opportunity. 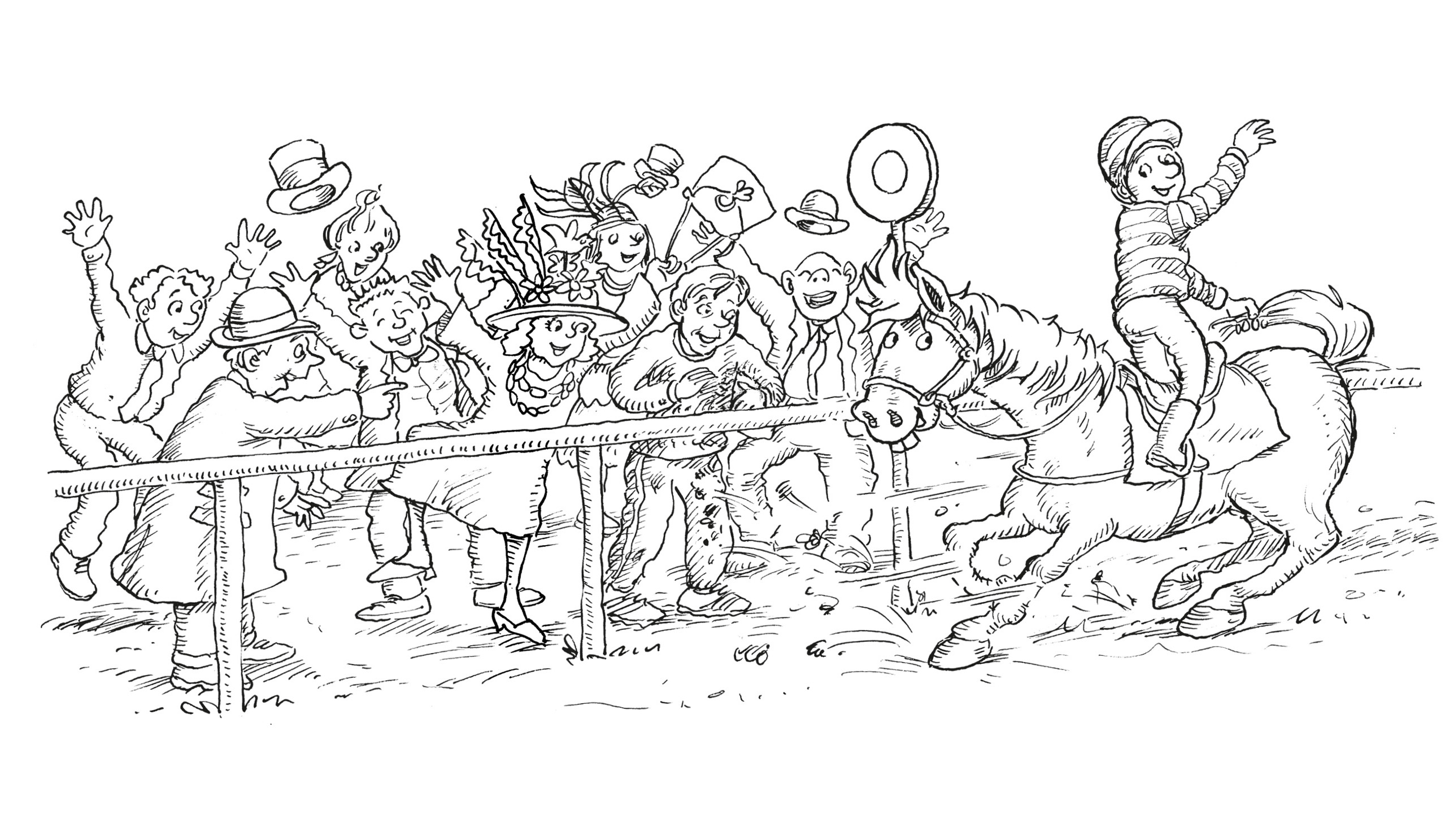 In 2013, I won the Greenhouse Funny Prize with my story ‘Murray the Horse.’ I am now represented by Polly Nolan at the Greenhouse Literary Agency, London. Murray the Horse was published with Faber & Faber in June 2015 and is available to buy now, along with Hendrix the Rocking Horse (published May 2016) and the third book in the series, Colin the Cart Horse (published September 2016).

I hope you enjoy reading my horsey fables!  Please feel free to contact me with any questions, using the above tab.

Thanks again for stopping by!